We are living in a time that requires trust and faith.

The color of the year for 2020 – 19-4052 Classic Blue – “brings a sense of peace and tranquility to the human spirit, offering refuge”, according to the Pantone Color Institute™.

This color seems like a really inspiring one, to feel the extreme nature outside, and the homey atmosphere inside. 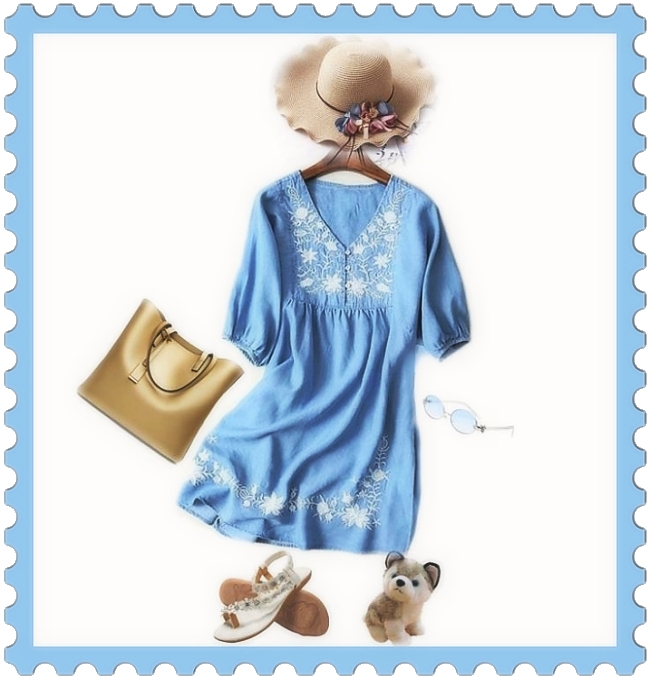 Indigo color has one of the longest wave lengths in the visible color spectrum. It is a combination of deep blue and violet and holds the attributes of both these colors.
The word in its present spelling originated about the middle of the 17th century to refer to the blue Indian dye derived from the blue powder of the plant indigofera.
I think so many people are drawn to this color because we have an innate desire to wear the color that’s associated with activating our third eye. Deep down in our souls we know that the activation of our third eye will help us move forward spiritually.
Colorists tell us that if indigo is your favorite color, you are honest, compassionate and understanding; and integrity is extremely important to you. For example, the Virgin Mary is often depicted wearing indigo or blue clothing.

“The key to pursuing excellence is to embrace an organic, long-term learning process, and not to live in a shell of static, safe mediocrity. Usually, growth comes at the expense of previous comfort or safety.”
—  Josh Waitzkin, The Art of Learning: A Journey in the Pursuit of Excellence

Size – the easiest way to create the illusion of space. Objects farther away will appear smaller.
In another hand, as Bertrand Russell once said, “Sir Isaac Newton was very much smaller than a hippopotamus, but we do not on that account value him less.”
* * *
So, Newton’s law of universal gravitation states that every point mass in the universe attracts every other point mass with a force that is directly proportional to the product of their masses and inversely proportional to the square of the distance between them.
Today we still use Newton’s formula and force it into all our calculations even though we know it is wrong…
Whereas it is what is holding us back, it is not what holds us to the Earth.
* * *
Overlapping – things that are closer to us may overlap those that are farther away.
But… it is clearly superior to Newtonian gravity, being consistent with special theory of relativity!
Besides, in the words of Winston Churchill, “The farther backward you can look, the farther forward you can see.”
* * *
Fill The Empty Spaces!

“…It felt like they were telling each other secrets. Everything they said felt like that – whispered, tender, full of other meanings, like when you tell someone a dream or talk about your astrological signs as code for all the things you love about each other.”
— Francesca Lia Block, Wasteland

“Outside, the ocean was crashing, waves hitting sand, then pulling back to sea. I thought of everything being washed away, again and again. We make such messes in this life, both accidentally and on purpose. But wiping the surface clean doesn’t really make anything neater. It just masks what is below. It’s only when you really dig down deep, go underground, that you can see who you really are.”
— Sarah Dessen, What Happened to Goodbye

“Jenna slipped in wearing an outfit that I can only describe as Hello Kitty Goes Goth.”
— Rachel Hawkins, Demonglass

“There is nothing like looking, if you want to find something.”
— J.R.R. Tolkien, “The Hobbit”
[soundcloud url=”https://api.soundcloud.com/tracks/131647131″ params=”color=#ff5500&auto_play=false&hide_related=false&show_comments=true&show_user=true&show_reposts=false&show_teaser=true” width=”100%” height=”166″ iframe=”true” /]

“Still round the corner there may wait
A new road or a secret gate,
And though we pass them by today,
Tomorrow we may come this way
And take the hidden paths that run,
Towards the Moon or to the Sun.”
— J.R.R. Tolkien, “The Lord of the Rings”

“There is no such thing as an empty space or an empty time. There is always something to see, something to hear. In fact, try as we may to make a silence, we cannot.”
— John Cage

A sense of place is a natural phenomenon that exists independently of us.

Empathy leads to insights.
We have a sense of what other people do and their level values and goals.

So much of what we do in a mix is based on creating a sense of space, and a depth, and a real location.

“Dreams come from the past, not from the future. Dreams shouldn’t control you — you should control them.”
— Haruki Murakami, Blind Willow, Sleeping Woman: 24 Stories

Be careful ~ You'll visit Etsy by clicking on the images.

“The untranslatable thought must be the most precise.”
— Jane Hirshfield, “After Long Silence

“He is the happiest, be he king or peasant, who finds peace in his home.”
— Johann Wolfgang von Goethe

Be careful ~ You'll visit Etsy by clicking on the images.

“The true mystery of the world is the visible, not the invisible.”
— Oscar Wilde

“Life stands before me like an eternal spring with new and brilliant clothes.”
— Carl Friedrich Gauss

“Live in each season as it passes; breathe the air, drink the drink, taste the fruit, and resign yourself to the influence of the earth.”
— Henry David Thoreau, Walden

“If my ship sails from sight, it doesn’t mean my journey ends, it simply means the river bends.”
— Enoch Powell

♫ Frederic Delarue, “A Mind Like an Ocean”,
The Journey Begins…

“But though cognition is not an element of mental action, nor even in any real sense of the word an aspect of it, the distinction of cognition and conation has if properly defined a definite value.”
— Samuel Alexander